If you've read my Obitsu/Azone Hybrid Comparison Guide, you know that I'm a big fan of the Azone body. It's just so cute!

However, the neck hole of the Obitsu 21 cm Female Head is too small to fit onto the Azone Pure Neemo Flection body. The natural opening to the head is only as big as the smallest, top most portion of the Azone body.

After months and months of sitting in pieces on my shelf, I finally decided that it was time to overcome my fear of accidentally messing up the Obitsu head and give the modification a go.

The task was pretty straightforward: Enlarge the neck hole in the Obitsu head so that it could fit onto the Azone body. However, my main concern was that if I made the hole too big, it would not be able to grip the neck piece. Without the neck piece, the head would lose a lot of mobility and would not be able to look up and down. In fact, if the hole was made too large, it might slide all the way down the neck and just sit on the dolls shoulders! How terrible would that be!?

Thus, with the fear of making the hole too big in mind, my first thought was to make slits into the vinyl, ideally allowing the large neck piece to pass through, while still maintaining a solid grip.

I actually started with just two slices, however this did not provide enough give to allow the neck piece all the way through, so I went ahead and made four. With all four slits, I was successfully able to get most of the neck piece gripped and into the head, except for the very bottom section.

However, I learned that this was not good enough; The entire neck joint needed to be inside the head, else the neck of the Azone body will look too ridiculously long.

I also learned from this first attempt that the thin slices created too much resistance. I had to really struggle with and deform the head in order to get the entire neck joint in place. ...and if you think the head was difficult to get on, it was at least 3 times as difficult to remove. In fact, it was deformed so much that the faceup actually started peeling off the doll!

After this first fiasco, I realized that the vinyl in the Obitsu head is pretty thick and durable, and that I could be much more generous with my cutting. As long as I didn't take away too much, there should be no issues with tearing or not gripping the neck piece.

You should start small and slowly take away more and more material until you are happy with how the head fits on the body. It took me 2 or 3 attempts before I finally ended up with the final result. It might not be the most beautiful mod in the world, but it sure does work like a charm:

It is literally so satisfying to see this doll finally all put together and in one piece. 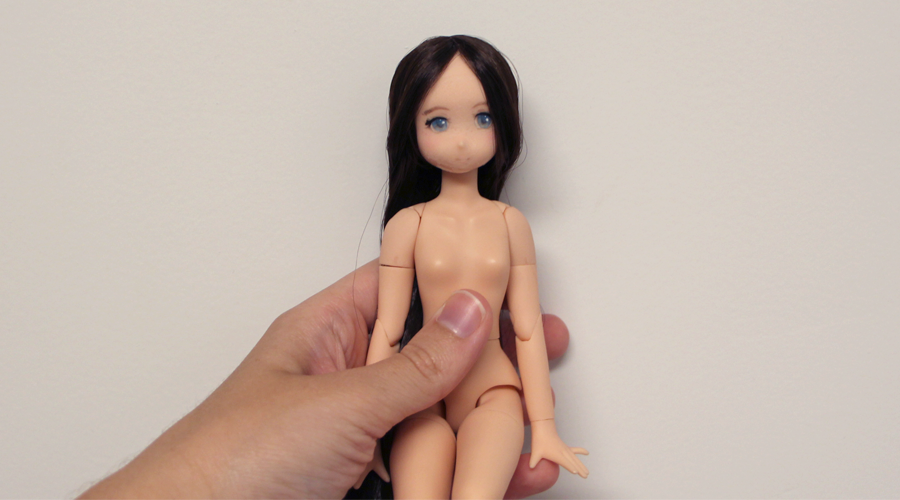 The head is now relatively easy to attach and remove, although it still requires a bit of yanking on removal (however, not enough that it should ruin her next faceup). I feel comfortable removing and replacing the head when switching outfits.

She also has a fair range of motion in her neck, more than I was initially expecting. Thus, I would not change anything and consider this mod a success!

I hope you found this tutorial helpful! If you have questions or have suggestions on better ways to put an Obitsu head onto an Azone body, leave a comment below!

I've been itching to make progress on my dolls lately, so I figured it would be good to introduce everyone to my current dolls and projects! Monster High, Azone and Obitsu, Dal, and...

One my absolute favorite activities in the doll hobby is wig making. Have you tried using Ramie, Tencel, Ingeo, Rose, or Soybean fiber? Here's a comparison of some different plant ...